The Stenographer (Grade C&D) examination is conducted by SSC for the recruitment of Stenographers in Central Government Departments including its subordinate offices in States and Union Territories. The subjects of the examination include Reasoning, General Awareness, and English. So this is a great career opportunity for all job seekers. The SSC Stenographer application form is available on the official website. Candidates can also check the exam pattern, syllabus, answer key, exam marks, and cutoff list from here. Staff Selection Commission conducts open competitive computer-based examination for the recruitment of Stenographer Grade C and Grade D. The Commission will conduct written test and skill test for the final selection of eligible candidates.

The candidates must have passed the 12th Standard or equivalent examination from a recognized Board or University.

As per the Ministry of Human Resource Development Notification dated 10.06.2015 published in the Gazette of India all the degrees/ diplomas/ certificates awarded through Open and Distance Learning mode of education by the Universities established by an Act of Parliament or State Legislature, Institutions Deemed to be Universities under Section 3 of the University Grants Commission Act, 1956 and Institutions of National Importance declared under an Act of Parliament stand automatically recognized for the purpose of employment to posts and services under the Central Government provided they have been approved by the Distance Education Bureau, University Grants Commission.

Permissible relaxation in upper age limit and category-codes for claiming age relaxation are as follows:

Syllabus for Computer Based Mode Examination:

→ General Intelligence & Reasoning:  It would include questions of both verbal and non-verbal type. The test will include questions on analogies, similarities, and differences, space visualization, problem-solving, analysis, judgment, decision making, visual memory, discriminating observation, relationship concepts, arithmetical reasoning, verbal and figure classification, arithmetical number series, non-verbal series, etc. The test will also include questions designed to test the candidate‟s abilities to deal with abstract ideas and symbols and their relationship, arithmetical computation, and other analytical functions.

→ General Awareness: Questions will be designed to test the ability of the candidate‟s general awareness of the environment around him and its application to society. Questions will also be designed to test knowledge of current events and of such matters of everyday observation and experience in their scientific aspects as may be expected of an educated person. The test will also include questions relating to India and its neighboring countries especially pertaining to Sports, History, Culture, Geography, Economic scene, General Polity including Indian Constitution, and Scientific Research, etc. These questions will be such that they do not require a special study of any discipline.

→ English Language & Comprehension: In addition to the testing of candidates' understanding of the English Language, its vocabulary, grammar, sentence structure, synonyms, antonyms, and its correct usage, etc. his/ her writing ability, would also be tested.

The candidates who are shortlisted in the Computer Based Examination for the next stage will have to appear for the Skill Test in Stenography. The candidates will be given one dictation for 10 minutes in English or Hindi (as opted by the candidates in the online Application Form) at the speed of 100 words per minute (w.p.m) for the post of Stenographer Grade-C and 80 w.p.m. for the post of Stenographer Grade-D. The matter will have to be transcribed on the computer. The transcription time is as follows:

Minimum qualifying marks in Computer Based Examination, are as follows:

In case where more than one candidate secures the equal aggregate marks in the Computer Based Examination, tie will be resolved by applying the following methods one after another:

• Alphabetical order in which names of the candidates appear.

Women candidates and candidates belonging to Scheduled Castes (SC), Scheduled Tribes (ST), Persons with Disability (PwD), and Ex-servicemen (ESM) eligible for reservation are exempted from payment of the fee.

Fee can be paid through BHIM UPI, Net Banking or by using Visa, Mastercard, Maestro, RuPay Credit or Debit card or in cash at SBI Branches by generating SBI Challan.

The applications must be submitted through online mode only. For detailed instructions on filling an online application form.

The process of filling online application for the examination consists of two parts:

I. One Time Registration

II. Filling of online Application for the Examination

1. Please read the instructions given in the Notice of Examination carefully before filling up the online 'Registration Form' and Application Form.

2. Before proceeding with One-Time Registration, keep the following information/ documents ready: a. Mobile Number (to be verified through OTP)

b. Email ID (to be verified through OTP).

c. Aadhaar Number. If the Aadhaar Number is not available, please give one of the following ID Numbers. (You will be required to show the original document at a later stage):

d. Information about the Board, Roll Number, and Year of Passing the Matriculation (10th) Examination.

e. Scanned color passport size photograph in JPEG format (20 KB to 50 KB). Image dimension of the photograph should be about 3.5 cm (width) x 4.5 cm (height). Applications with a blurred photograph will be rejected.

f. Scanned signature in JPEG format (10 to 20 KB). Image dimension of the signature should be about 4.0 cm (width) x 3.0 cm (height). Applications with blurred signatures will be rejected.

g. Disability Certificate Number, if you are a person with a benchmark disability.

1. Login to the online system through your Registration Number and password.

2. Click the Apply link in the ‘SSC Stenographer Grade C and D 2022’ section under the Latest Notifications tab.

Currently there are no reviews for this course. Be the first to leave a review. 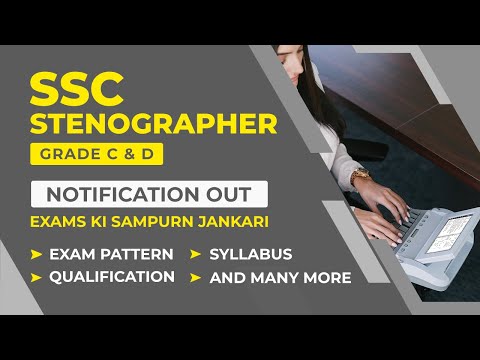 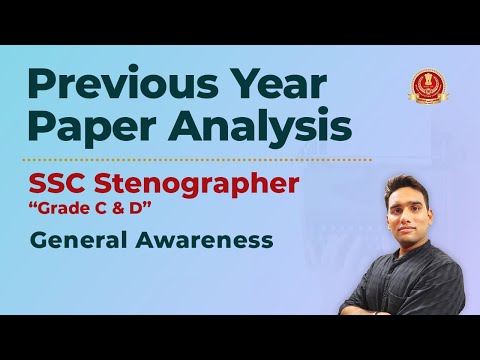 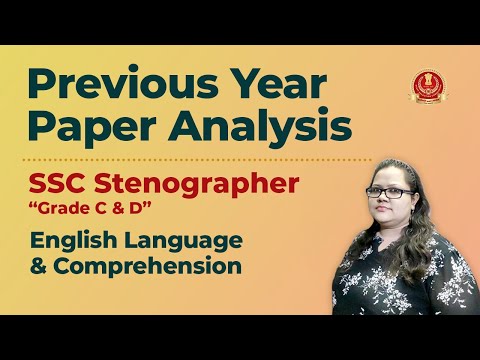